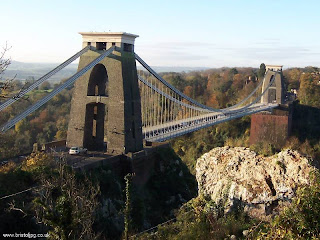 Apparently if I don't post on this blog it will be suspended and then deleted, so here it is.


10. Blog suspension and deletion for inactivity


Blog.com reserves the right to suspend and delete blogs based on activity criteria. Suspension and deletion criteria are applied individually per blog hosted on Blog.com. A blog will be considered active if it fullfils at least one of the following conditions:
(i) It subscribes any premium service.
(ii) It contains more than ten posts, and the most recent post is less than eighteen months old.
(iii) It contains more than one post, and the most recent post is less than six months old.
(iv) Its most recent post is less than two weeks old.
Blogs that can’t be considered active will be marked as inactive. Blog.com may at any time start a deletion process for inactive blogs. The deletion process occurs as follows:
(i) The blog is suspended for inactivity
(ii) An email is sent to the registered owner email address, informing of the suspension
(iii) The blog is deleted thirty days after the suspension date, if it still can’t be considered active.

Summer time and my town is dead 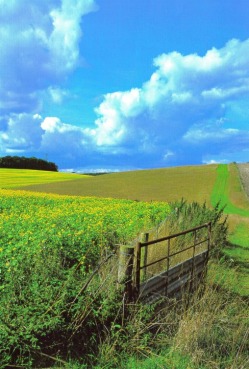 The weather is appalling

The days are dark and damp again

The snow and rain is falling

Remembrance of the days gone by

When summers were all sunny

And days that seemed to last a week

And the weather wasn’t runny

Remember sitting in the sun

Into the evening cool

And drinking that iced tea

That had become lukewarm

That kept the sun at bay

And sleeping in the buff at night

And having sweet repose

Remember when the morning sun

Was gentle in the room

And now the morning light

Is dark and full of gloom

Remember when the days were long

With light and gentle breezes

And birds would gather in a throng

And didn’t sit and sneeze-es

What happened to those summer days?

Where did it all go wrong?

Was it all a dream I had?

Those summer days of song

Or is it just a memory

Of days that didn’t happen

Is it just a dream I had

Of summers in the mind

Maybe it’s because of age

Of times that have gone past

Maybe it’s a wish I have

To make the summer last

The smell of roses hanging heavy

The sound of bees on their duty

The scent of summer in the air

An aroma now so rare

But summer time is here again

We watch and wait and cope

We watch the rain and snow come down

But still we live in hope

In hope that summer will arrive

And warm our tired bodies

And drift through our tired minds

Our spirits to revive 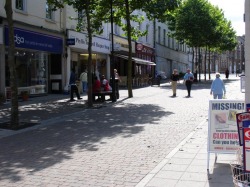 My Town is dead

My town has died and that’s no lie

It’s been killed off by “them”

It used to be so busy

But now the shopping’s lousy

It took ten years to kill it off

And now the well’s run dry

There is no longer a supply

Of shops to fill your basket

My town is dead they killed it off

And now it’s in its casket

The empty shops scream out for help

The shutters are endemic

The traders have all gone away

The rot it seems systemic

The egress from the shops

Appears to be pandemic

My town has died “they” killed it off

I find it hard to understand

My mind it can’t construe

What “they” have done to my town

How “they” have killed it off

My town is poor in heart and soul

While “they” feed from the trough

My town is dead “they” killed it off

And now there’s nothing left

“They” carry on as if it lives

And leave us all bereft

Angus
Posted by Angus Dei at 02:09 No comments:

Down in the dumps

I must go down to the dump today

To the dump with those big bins

You see I’ve got a skip full

Of rubbish for my sins

The ultimate sin I did commit

It’s all my fault I will admit

I hid it all away you see

And when I looked

I guarantee that it had bred

And made much more

And rubbish I have now galore

Three times as much as before

Its in the loft, it’s in the shed

And some of it is neath the bed

It’s in the cupboards and the draws

It really has to go because

The house is full to overflowing

There’s a pile of bits that give me horrors

There’s bits of wood and some old carpet

And a box of stuff that gives me fits

A microwave that never pings

Which would be more use as doorstops

And even stuff that came from Rome

There’s far too much to keep at home

So to the dump it has to go

Before it starts to grow and grow

The only snag is that although

To move it all I am unsure

Because I know what will ensue

I’ll go and get even more

It went and gone and did it 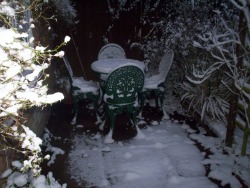 They said it would and it did

The snow came down to make us skid

Across the roads and down the lanes

It stopped the traffic and the trains

It stopped the airports and the stations

An inch of snow has stopped the nation

The powers that be had one whole day

To keep the white stuff at bay

But all we hear are sad sad tales

To catch the traveller if they dare


To venture out into the weather

And not fall down, we cling together

And fight our way through wind and flakes

And try not to make mistakes

That sends us tumbling to the ground

Or motors that spin round and round

It happens every year you see

That bit of weather fit for skies

They know it’s coming but do nothing

And just because it’s bloody snowing

Angus
Posted by Angus Dei at 02:06 No comments:

This reminds me of my own bad tempered, moaning Mog. 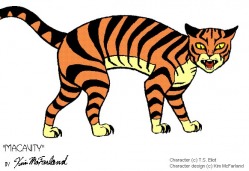 For he's the master criminal who can defy the Law.

He's the bafflement of Scotland Yard, the Flying Squad's despair:

For when they reach the scene of crime--Macavity's not there!

He's broken every human law, he breaks the law of gravity.

His powers of levitation would make a fakir stare,

And when you reach the scene of crime--Macavity's not there!

You may seek him in the basement, you may look up in the air--

But I tell you once and once again, Macavity's not there!

You would know him if you saw him, for his eyes are sunken in.

His brow is deeply lined with thought, his head is highly domed;

His coat is dusty from neglect, his whiskers are uncombed.

He sways his head from side to side, with movements like a snake;

And when you think he's half asleep, he's always wide awake.

For he's a fiend in feline shape, a monster of depravity.

You may meet him in a by-street, you may see him in the square--

But when a crime's discovered, then Macavity's not there!


He's outwardly respectable. (They say he cheats at cards.)

And his footprints are not found in any file of Scotland Yard's.

And when the larder's looted, or the jewel-case is rifled,

Or when the milk is missing, or another Peke's been stifled,

Or the greenhouse glass is broken, and the trellis past repair--

Ay, there's the wonder of the thing! Macavity's not there!


And when the Foreign Office finds a Treaty's gone astray,

Or the Admiralty lose some plans and drawings by the way,

But it's useless of investigate--Macavity's not there!

And when the loss has been disclosed, the Secret Service say:

"It must have been Macavity!"--but he's a mile away.

You'll be sure to find him resting, or a-licking of his thumbs,

There never was a Cat of such deceitfulness and suavity.

He always has an alibit, or one or two to spare:

And whatever time the deed took place--MACAVITY WASN'T THERE!

Just controls their operations: the Napoleon of Crime!

One brain cell all alone

On my lap a huge great yawn

Wriggles and shuffles all the time

Purring with a voice sublime

On the sofa, on the bed

Even sleeps upon my head

Rules the roost, she’s in charge

Her presence is by and large

All encompassing, not a scourge

Her love for me does not submerge

My love for her, we are well matched

The day will come when we will part

But till then we both are stuck

With each other, sod the luck

She screams, I shout, she ignores; I pout

She leaves me “presents” throughout the house

Ignores her dirt box and newspaper

Proud and feline, graceful too

And every day we start anew

The battle of cat, and man, and poo

Small in body, large in presence

Cat completely in her essence

Needs me when she is cold

Or hungry, or just feeling old

My old Pussy is a pain

But love for me she doesn’t feign

And when she sits and looks at me

With eyes so blue and face so dark

I know that soon we will embark

Upon another Pussy lark

To see who is superior, who is in charge

Whose territory will be enlarged

I lose each time we pit our wits

She has me beaten I will admit

But deep down I don’t mind

Cat is superior to mankind

Faithful, true and ever loving

My old Pussy is the best

I feel quite humble, even blessed

That she would want to stay with me

Through all the years I must agree

Of bookends beyond compare


I love my Pussy, she loves me

There’s just the two of us you see

Wind me up so easily?

Angus
Posted by Angus Dei at 02:03 No comments:

It went and gone and did it 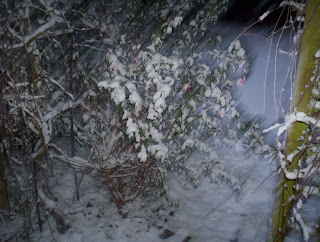 To venture out into the weather
And not fall down, we cling together
And fight our way through wind and flakes
And try not to make mistakes 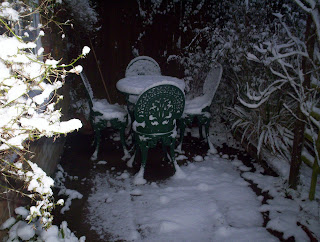 This is a very serious literature blog, which will amaze and astound you regarding the gamut of reading matter available-NOT

It is a place where I can indulge myself with pieces of totally frivolous writings/poetry and other sundry masterpieces.